The company was founded during the reign of George III by two entrepreneurial brothers. They started trading in the City of London at 10 Old Jewry Street (now a Browns restaurant). Piggotts has come a long way since it’s inception with over 240 years of evolution and innovation.

In 1841 the company’s rapid expansion led to the need for larger premises which were located in Cripplegate. Cripplegate was inside the London Wall in the City of London. In 1862, Piggotts had to relocate yet again to Bishopsgate, London.

Throughout the years, Piggotts manufactured and sold flags, flagpoles, windsocks, bunting and banners. By July 1887 it was producing sports equipment for cricket, lawn tennis and football. Fast forward to August 1898, Piggotts introduced the production of marquees and garden tents. The marquees sections of the business allowed the introduction of larger structures, progressing to airfield and military type marquees.

This exposure created an idea that led to not only housing aeroplanes, but also building them! “The Metal Airscrew” was one of two original planes that were designed by Piggotts Bros. In the years that followed, a number of other biplanes and monoplanes were created and entered for time and test trials at Hendon over the years 1910-12. The “Piggott Monoplane” the most successful and was exhibited at the Olympia Air Show in 1911 and is believed to have been the first British Monoplane.

In 1912 the Piggotts biplane was the smallest of the entrants in the Larkhill Trials in 1912. The Larkhill Trials was the Military Aeroplane Competition held in 1912 to select planes for the British Army’s Air Battalion.

By 1937, Piggotts was listed as an Exhibitor for British Industries for tarpaulins, flags, windsocks, banners, tents, rope ladders, canvas bags, machine covers, lorry covers and dust covers. The exhibition took place in Birmingham, England and featured over 200 exhibitors and even had a visit from the royal family.

In 1950, Piggotts started to supply the famous Regent Street Christmas lights and we became one of the earliest suppliers of fibreglass flagpoles, manufacturers of caravan awnings and designers of windsock masts for some of the first North Sea oil rigs. In 1970, Piggotts moved to an eleven-acre site in Ongar, Essex and by 1973 were supplying the Chelsea Flower Show with its marquees. 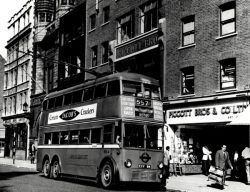 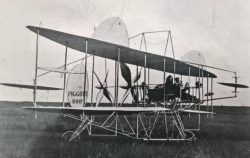 Looking after your flagpole

Flagpoles are an investment, and with regular care, maintenance, and servicing they can stay strong and looking great for many...

Global expeditioner, Sacha Dench, is attempting to circumnavigate around mainland Britain from Glasgow on June 18th, flying anti-clockwise around the...