We often get asked about special and respected days for when to fly the Union Flag. The short answer is that you can fly your Union Flag all year round without advertising consent (see previous blogs), however there are a number of dates whereby the Government will be flying the Union Flag so they are worth keeping in the diary if you change your Union Flag for other flags.

The remaining dates for 2018 are as follows: 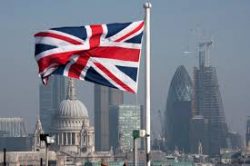