Recently I had a very nice conversation with a company about their flag and their very unique logo. Over the length of the discussion we got onto the subject of flags and the design of them, but more specifically relating to countries’ flags.

Whilst there are no set rules for the creation of a flag design, there are a number of things that fall into the “normal” category and there are also many common denominators when it comes to memorable flag designs:

The loose rules for flags and flag designs got me thinking about how many flags break these rules (and there are a good few of them) so I thought I would show some of my top 5 favourites this week: 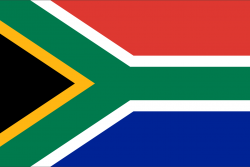 South Africa’s is a great flag, but it’s six colours gracefully combine the colour schemes of the African National Congress plus the British and Dutch flags. All the colours (and the history linked to them) converge on the flag and point to a new future for South Africa. Despite the rogue additional colour, the flag is simple, striking and memorable. 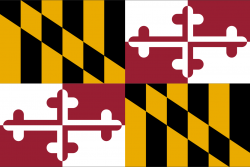 This design is the heraldic banner of George Calvert, Lord Baltimore, who helped found Maryland. It’s not simple — no child could possibly draw this from memory — but the striking combination of the gold and black Calvert coat of arms along with the red and white Crossland coat of arms (representing Lord Baltimore’s paternal and maternal family, respectively) is one that you wouldn’t soon forget 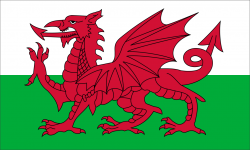 The dragon on the Welsh flag has a few too many details to qualify as “simple” in my book, but as I was once told, “If the Welsh flag breaks the rules, then the rules are rubbish.” I can completely understand this. 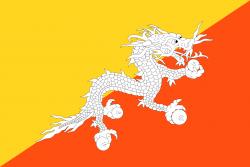 The flag of Bhutan also has a striking design, similar to the Welsh flag with the dragon predominating. They both only have two colours in support of the main flag design however both of them, from a distance, tend to lose their details. 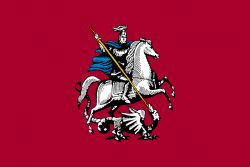 The flag of Moscow, in the Russian Federation, is a dark red banner of arms charged as the arms of the city in the centre. Its design shows Saint George wearing armour and a blue cape with a golden lance in his right hand, riding on a silver horse. He is shown stabbing a zilant with the lance. Obviously the symbolism behind this very closely resembles the legend of Saint George; the patron saint of England.

Well there you go, a few my my favourite flags and flag designs that break the rules of a more traditional flag design.