Friday the 26th April 2019 brings the movie Crown Vic to the Tribeca Film Festival for its world première.  http://www.tribecafilm.com/filmguide/crown-vic-2019 The film, directed by Joel Souza, tells the story of one memorable night in the life of veteran patrol officer, Ray Mandel, and ambitious rookie cop, Nick Holland, in LAPD’s Olympic Division. With two cop killers on the loose and hunting for more targets, the two must contend with a city about to boil over and rogue cop, Jack Van Zandt, running wild in their patrol zone out for revenge. ‬

Joel Souza wrote the film back in 2015 and at that time was due to star Alec Baldwin. After various normal ‪exec meetings about getting finance etc. together, everything was ready to go. Cut to 2017 and with Anjul Nigam also on board for production, things were ready to start shooting in March of 2018 with one slight issue; Alec had to have surgery and wouldn’t be able to film but he loved the script so much that he stayed on as producer.

As the hunt began for a new leading man the script found its way to Thomas Jane who when spoken to on the subject said “Crown Vic is more realistic than say Training Day. It takes place over one night and is a hard look at being a cop in America these days. I like it because it’s way more complex than “good cop” “bad cop”. Sometimes you’ve got to do bad things to do the right thing.” ‬

With Tom signed-on alongside Luke Kleintank, Josh Hopkins, Gregg Bello, David Krumholtz and Bridget Moynahan things were back on track, allowing for filming to begin in June of 2018. With the film taking place over a single night, Joel wanted to keep everything as realistic as possible, which means night shooting. So for 20 days (or should I say nights) filming Crown Vic took place in Buffalo (standing in for downtown L.A.)‬.

Once the film finished shooting back in August 2018, all of the post production work takes place before it moves onto distribution and marketing. This is where Piggotts Flags & Branding Limited came in!

It just so happens that our Managing Director is friends with the film’s leading actor Thomas Jane who mentioned Piggotts to one of the producers of the film, Anjul Nigram, and what Piggotts could do to support the marketing of the film. After a few conversations, Piggotts was asked to help design and produce the poster for the film.

The processing of designing anything involves a lot of back and forth and slight alterations, but with great support from Anjul Nigram and Thomas Jane, Piggotts Flags & Branding Limited were able to design, produce and ship the posters over to NYC. 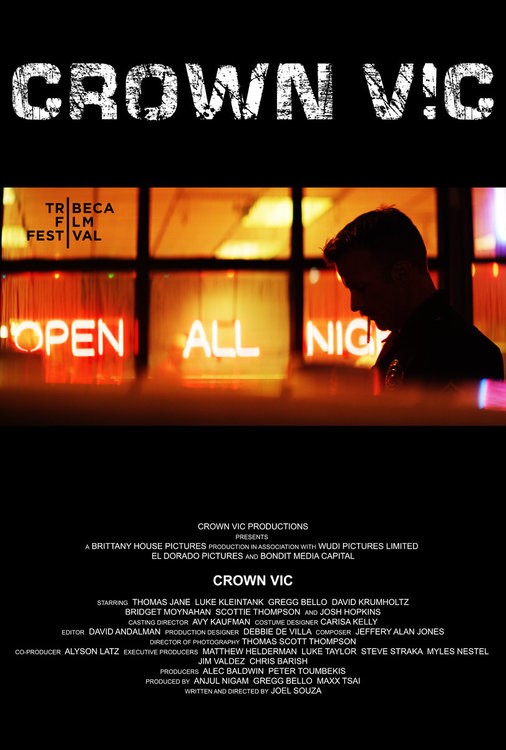 On the whole experience our MD Geoff Woodman said, “Once I heard from Tom that he had mentioned to Anjul that Piggotts could do the work, I felt a great sense of responsibility to get everything exacting and right, whilst the movie buff inside me couldn’t quite stop jumping up and down! We have been very focused and dedicated to ensure every detail is correct and we are honoured to be even a small part of bringing this film to life.”

Anjul Nigram, producer of the film, had this to say, “Geoff Woodman and his team at Piggots Flags & Branding do exceptional work! In designing a poster for our film Crown Vic, Geoff completely understood the creative direction we were targeting, was extremely personable at every phase, and performed the task at an accelerated speed without compromising the quality. And our collaboration was across continents!”

A few extra ones were produced so that Geoff could have one framed in his office. We have it on good authority that he took a framed one home also…… 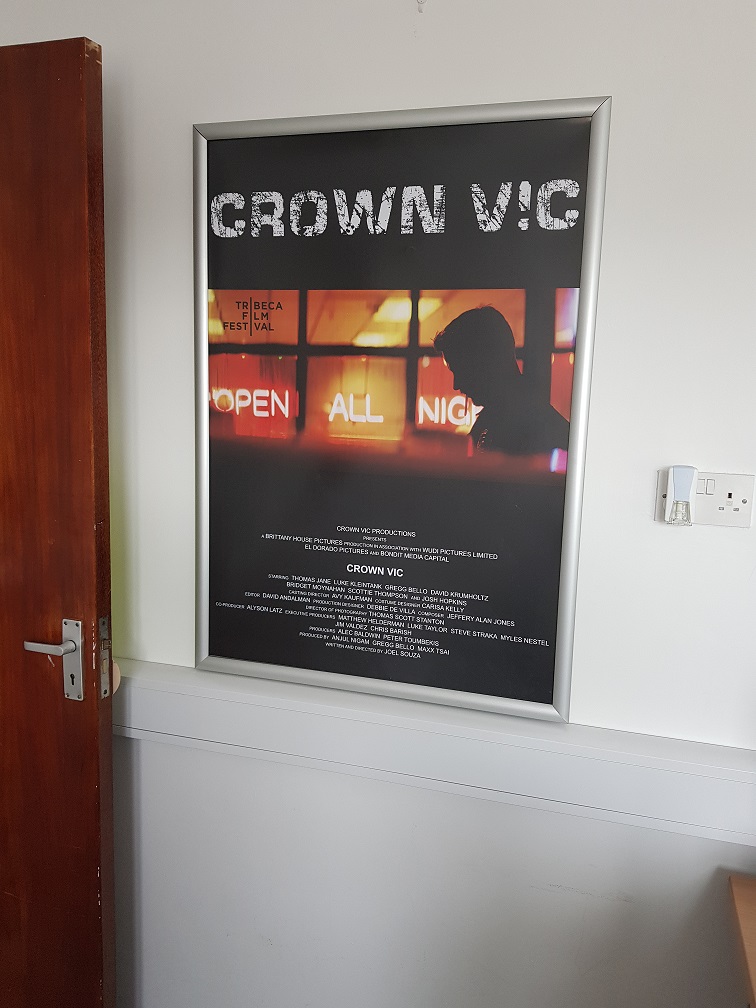