Plans for a Veterans’ Day were announced in February 2006 by then Chancellor of the Exchequer, Gordon Brown, who said the aim was to ensure the contribution of veterans was never forgotten. The Day is marked across the UK by local ceremonies and the presentation of medals to living ex-servicemen and women.

The date of 27 June was chosen as it came the day after the anniversary of the first investiture of the Victoria Cross in Hyde Park, London in 1857.[1]

Veterans’ Day was created as a permanent extension of Veterans’ Awareness Week first held in 2005.

On 25 June 2007, Jim Devine, the Member of Parliament for Livingston, tabled a House of Commons Early Day Motion calling for the Day to be a public holiday, stating “that this House recognises the outstanding contribution that veterans have made to the country; and believes that Veterans’ Day should be a national public holiday across the United Kingdom.”

In 2009 Veterans’ Day was changed to Armed Forces Day which generally focuses on celebrating living current/ ex-servicemen and women, whereas Remembrance Day focuses on honouring the dead. It is not the same as the United States Veterans Day which falls on 11th November, which is more akin to Remembrance Day in the Commonwealth.  Every year the main event is held in a different location and normally consists of many separate events.

A press release about the events for 2018’s Armed Forces Day was released by the government and can be found here https://www.gov.uk/government/news/100-day-countdown-to-uk-armed-forces-day-2018

This year’s event takes place on the 30th June and you can support this by having your own Armed Forces Day flag which can be bought online for a discounted price from us at https://piggotts.co.uk/products/flags/armed-forces-day-flag-printed/ 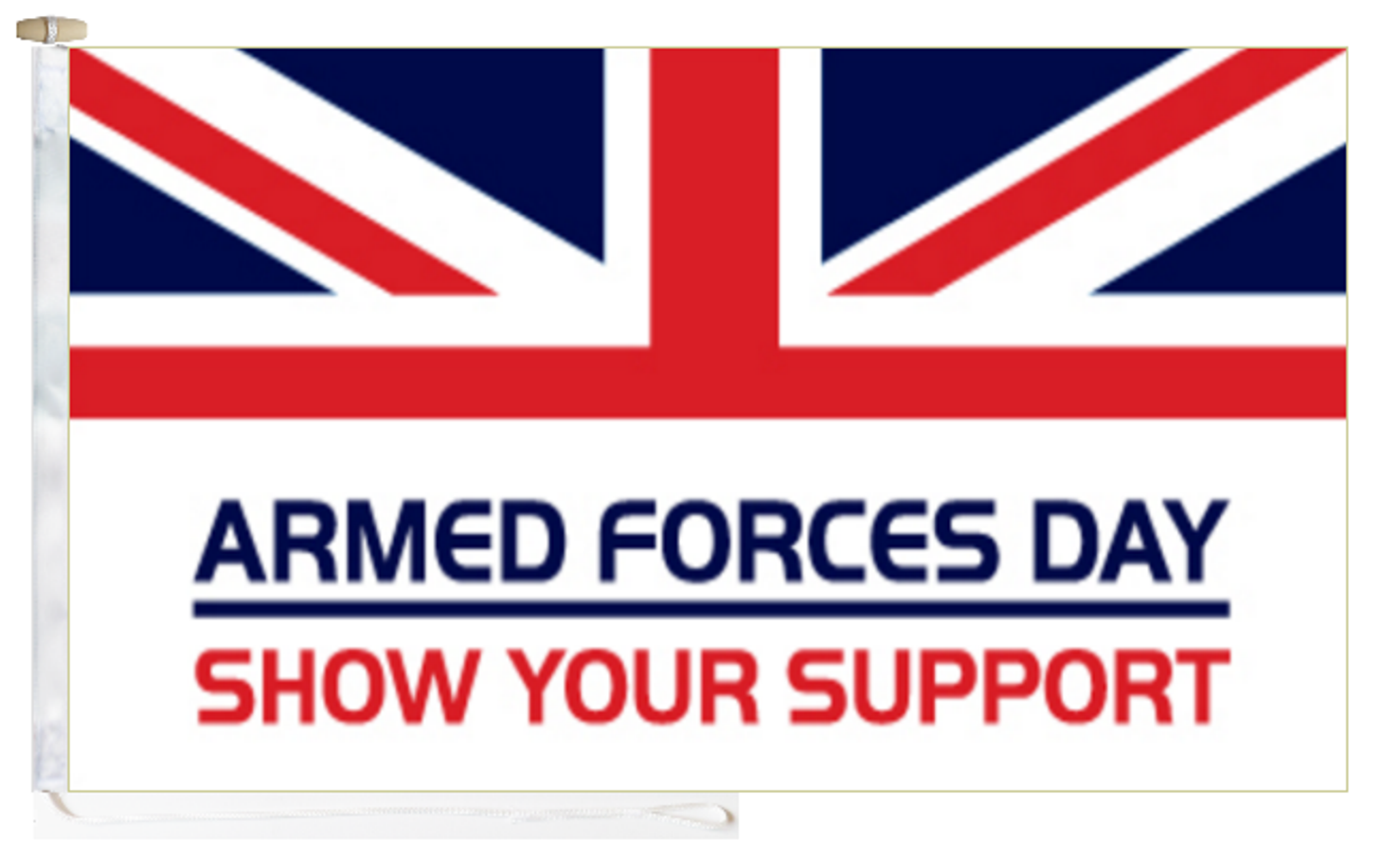