Taking care of your flags & flagpoles during a storm. • Piggotts Flags and Branding

NEWS
Taking care of your flags & flagpoles during a storm.
13 March 2019
Considering the wind and rain received this week thanks to Storm Gareth we thought we would re publish the details of the Beaufort Scale so that you can keep your flags undamaged and your poles in one piece.
Beaufort scale, in full Beaufort wind force scale, scale devised in 1805 by Commander (later Admiral and Knight Commander of the Bath) Francis Beaufort of the British navy for observing and classifying wind force at sea. Originally based on the effect of the wind on a full-rigged man-of-war, in 1838 it became mandatory for log entries in all ships in the Royal Navy. Altered to include observations of the state of the sea and phenomena on land as criteria , it was adopted in 1874 by the International Meteorological Committee for international use in weather telegraphy.
The Beaufort scale as originally drawn up was calibrated to Beaufort’s assessment of the various effects of the wind on a full-rigged man-of-war. Somewhat arbitrarily, he identified 13 states of wind force on his vessel and ranked them 0 to 12. The scale, however, made no reference to the speed of the wind, and various attempts, particularly during the 20th century, have been made to correlate the two. An attempt made in 1912 by the International Commission for Weather Telegraphers was interrupted by World War 1. In 1921 G.C. Simpson was asked to formulate equivalents, which were accepted in 1926 by the Committee. In June 1939 the International Meteorological Committee adopted a table of values referring to an anemometer at a height of 6 metres (20 feet). This was not immediately adopted by the official weather services of the United States and Great Britain, which used the earlier scale referring to an anemometer at an elevation of 11 metres (36 feet). The Beaufort force numbers 13 to 17 were added by the U.S. Weather Bureau in 1955.The scale is now rarely used by professional meteorologists, having been largely replaced by more objective methods of determining wind speeds—such as using anemometers, tracking wind echoes with Doppler radar, and monitoring the deflection of rising weather balloons and radiosondes from their points of release. Nevertheless, it is still useful in estimating the wind characteristics over a large area, and it may be used to estimate the wind where there are no wind instruments. The Beaufort scale also can be used to measure and describe the effects of different wind velocities on objects on land or at sea.

Descriptions of the various ranks in the Beaufort scale of wind are listed in the table. 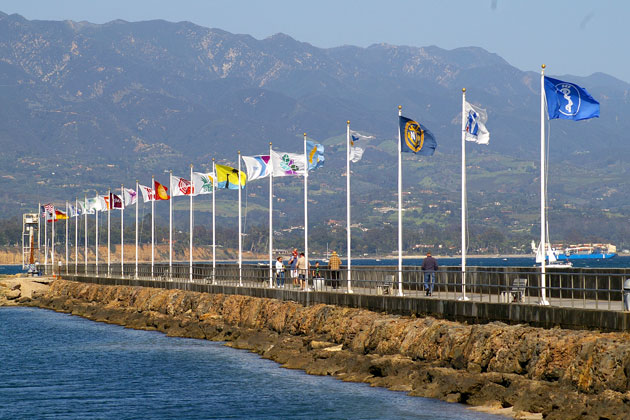