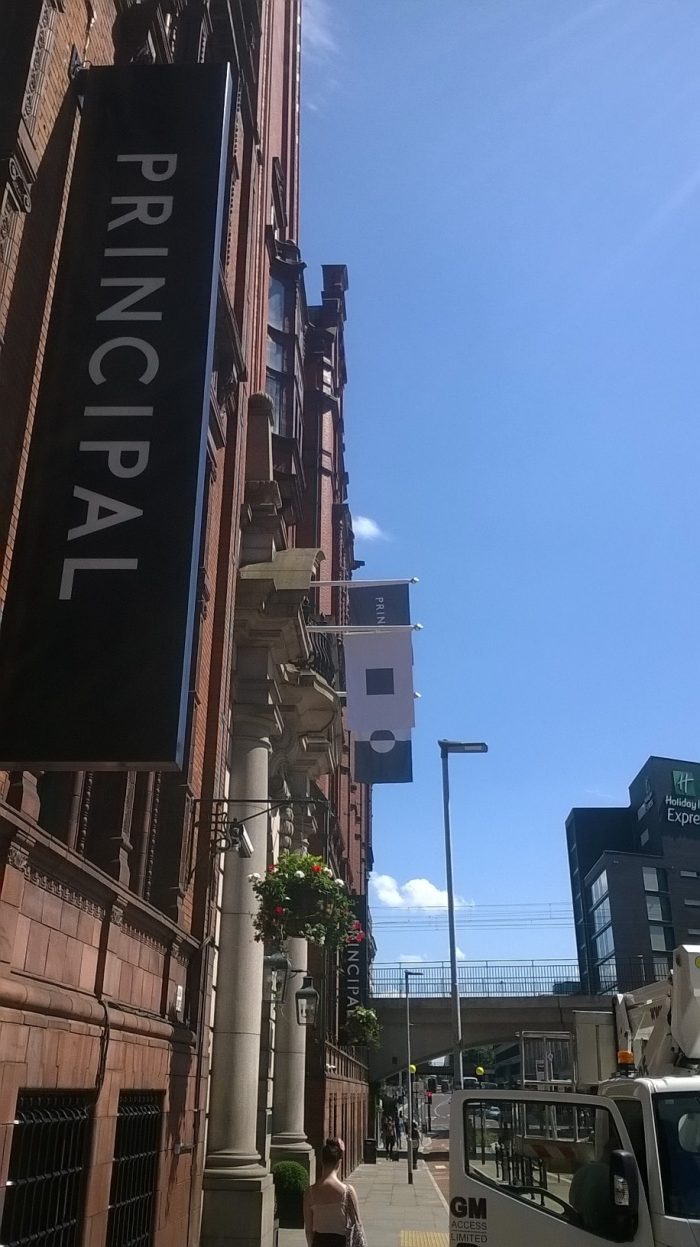 The area of Oxford Street in Manchester has undergone some significant changes in the last few months with major traffic works having taken place. Many of the buildings have also undergone some refurbishment, one of these being the Principal Hotel.

Until recently, the hotel was known as The Palace Hotel and, along with Oxford Street itself, has undergone a major series of changes that have reportedly cost just over £25m!  The end result is a number of improvements to the iconic hotel along with its name. With final touches being made, the hotel wanted to show off its new brand in one of the oldest, most traditional ways to advertise: by hanging branded flags

There is really only one place to come when you want to have three new flag poles installed – Piggotts Flags & Branding Ltd!

Once we were in discussions and understood the requirements for blending the new brand into the existing historic grade 2 listed building, we set about ensuring that everything was just perfect from the size of the flag poles to the style and installation. That certainly was going to be the finishing touch!

3 horizontal flag poles, each at 3 metres in length were fitted onto the building, ensuring that all due care and attention was made not only to the building but as the area is open to the public, we had to ensure, with the support of Manchester Council, that all the correct traffic and safety management aspects were all in place.

After several hours on site, the completed installation looked like it had always been there.  Then, hanging the new flags as the final touch, The Palace Hotel was ready to begin its exciting and historic new chapter. Piggotts Flags and Branding Ltd has been very proud to have been a part of that.